Eamonn: Why The Dianne Oxberry Trust is so important to me…

Our charity relies on support from so many people to carry on our work. In this blog series, members of The Dianne Oxberry Trust community share why it means so much to them. Here, Eamonn O’Neal, one of our founding trustees, explains why the charity is so close to his heart. 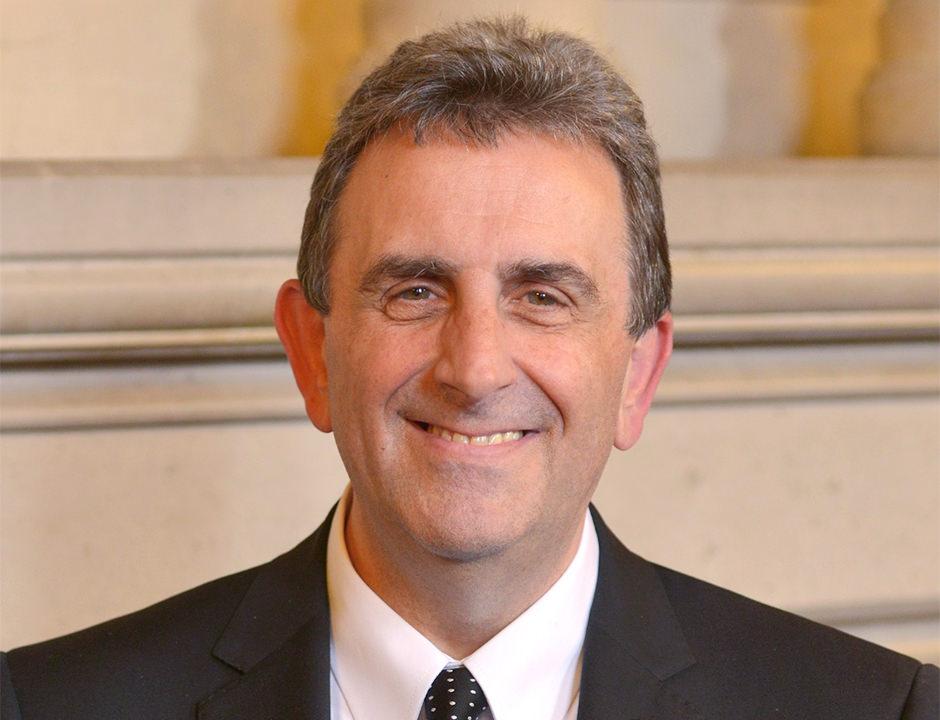 Please could you tell us a bit about yourself?
I’m Eamonn O’Neal and I’m from south Manchester. I’m a Deputy Lieutenant of Greater Manchester and was High Sheriff of the county in 2020/21. I have had a career in broadcasting and I’m also currently an executive director of St Ann’s Hospice.

Why is the Dianne Oxberry Trust so important to you?
Dianne and I were broadcasting partners for a number of years. We became great friends, as did our families.

Dianne’s illness was so unexpected and devastating to her husband Ian and the children, I felt this was one way in which I could offer some support to Dianne’s family, keep her memory alive and try to help influence the approach of society to ovarian cancer.

What would you say to others who were thinking of getting involved in helping the Trust in some way?
The Dianne Oxberry Trust is a small charity with big ambitions to bring together the women of the North West in their understanding of the symptoms and potential effects of ovarian cancer.

We do this by telling Dianne’s story and outlining the challenges facing the public perception of this terrible cancer. You can help by joining us in our quest to raise awareness, and the money that will help us spread the word.

Why do you think it's so important to raise awareness of ovarian cancer to women and health care professionals in the North West?
It’s outrageous that ovarian cancer does not have the same profile as other conditions. It is a sinister disease that can affect women before they realise it. It is absolutely crucial that the medical and clinical professions, particularly GPs, become more focussed on early diagnosis, symptom management and treatment.

How would you describe The Dianne Oxberry Trust in three words?
Pioneering. Ambitious. Altruistic.