Today the Dianne Oxberry Trust announced that they have gifted £43,000 to an Ovarian Cancer research team based at Oxford University. 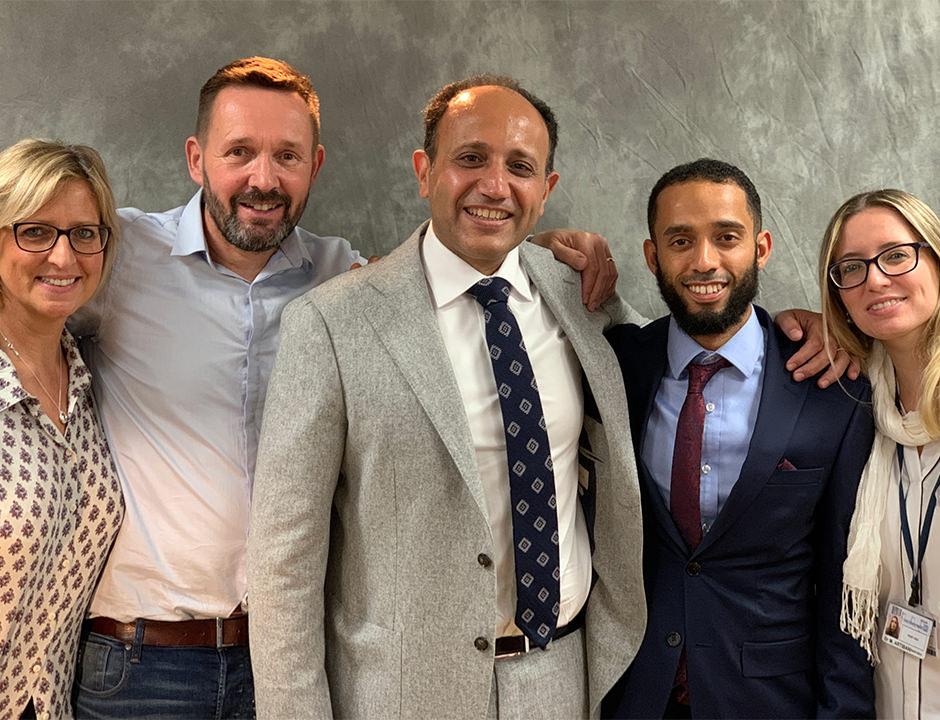 Ian Hindle, husband of the BBC North West presenter Dianne Oxberry – who died exactly 9 months ago today – announced that the Dianne Oxberry Trust has made its inaugural gift in the fight against Ovarian Cancer.

Mr Hindle said: “Having already received £115,000 in fantastically generous donations since we launched the Dianne Oxberry Trust (DOT) in May, myself and the rest of the DOT trustees wanted to start spending that money on the frontlines in the battle against Ovarian Cancer.

Our medical trustee Dr Siobhan Ferguson did a lot of investigating into where and how we could best spend these public donations, and we all felt very strongly drawn to Dr Ahmed’s team in Oxford who are doing extraordinary work that we really wanted to support. However, because we take the responsibility for spending those public donations very, very seriously, we made a special trip to Dr Ahmed’s Ovarian Cancer Cell Laboratory – which is within the MRC Weatherall Institute of Molecular Medicine at Oxford University – in order to make sure that we were doing the right thing.

We wanted to meet the team to see for ourselves what their research involves and, being a cameraman by trade, I took my camera along so that we could share our journey with everybody. With the launch of our new Dianne Oxberry Trust Facebook page, we’ll be posting weekly videos about the research and Dr Ahmed’s team so that you know exactly what your donations have been spent on.

We came away from Oxford feeling really confident that we’d made the right decision and we connected strongly with Dr Ahmed and his team personally. They have such passion and commitment in this fight against Ovarian Cancer and we hope that in watching our video reports on our new Facebook page, everybody who has supported the Trust will feel the same way we do.

Of course, there’s still money to be raised and money left in the pot, so between now and the end of the year we’ll be exploring where our next lot of funding should be gifted. We’ll be announcing that decision early in the New Year, hopefully.

I just want to thank everybody who has been so supportive and although I’d give anything to not be in this position at all, if what the Dianne Oxberry Trust is doing helps to save just one woman from the same fate as Dianne, that would be incredible.”

Dr Ahmed Ahmed, Professor of Gynaecological Oncology in the Nuffield Department of Women’s and Reproductive Health, leads a team of researchers who are utilising cutting-edge methodologies to classify the cells in the fallopian tube – thought to be the organ from which most ovarian cancers develop. It is hoped that this will lead to the discovery of new biomarkers that could be used for pre-cancer screening, creating opportunities to diagnose the disease at a much earlier stage which greatly improves a woman’s chance of survival.

Professor Ahmed said of the £43,000 DOT gift to his research project: “This very generous donation from the Dianne Oxberry Trust will support our endeavours to better understand how ovarian cancer begins. Early detection is crucial to surviving this terrible disease, and this funding from DOT gets us one step closer to reaching that goal.”