Who says you can’t fundraise during a global pandemic? 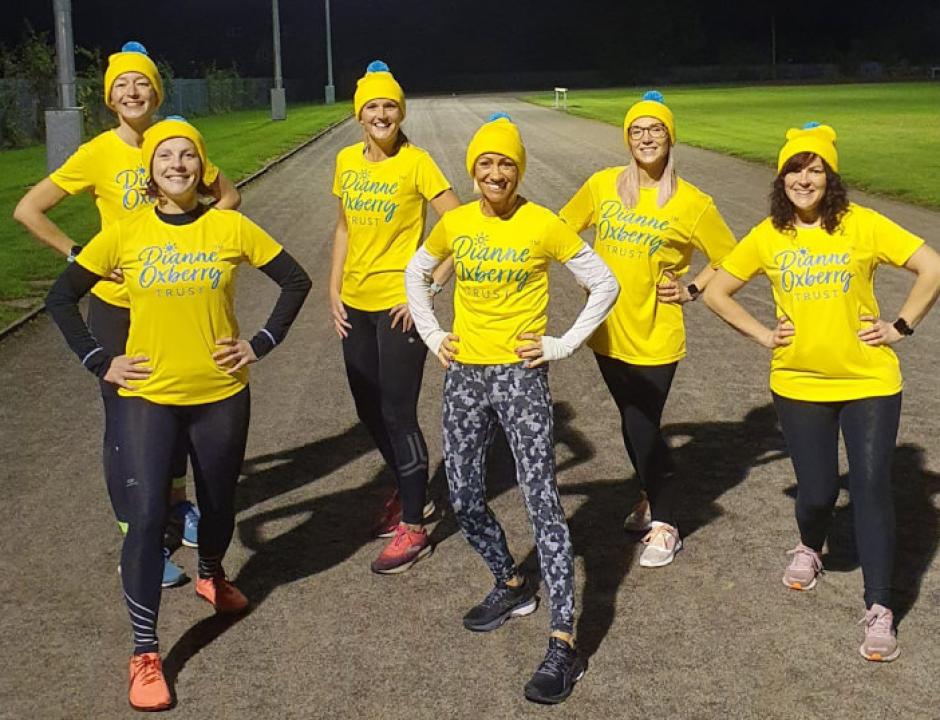 With enough grit, determination and craziness to sink a ship, DOTtys Midnight Runners decided to take on a seriously tough challenge – a 24-hour run called The Phoenix 24 ‘Twist’ to raise money for the Dianne Oxberry Trust.

The challenge involved running one mile on the hour every hour for 24 hours but the ‘twist’ being the clocks going back on the night of the run, making it a 25-hour run. The eight friends from Manchester also threw in an extra 1.2 miles so they could make it a marathon.

Support from friends, family and the local community was unbelievable and through the power of social media the runners watched the donations come flooding in racking up over £3,800.

Team leader and DOT Trustee Jo Rosenberg said how overwhelming the experience was: “We were nervous about asking for sponsorship during these very difficult times, but what we experienced was a huge amount of warmth, generosity and support and we are all incredibly grateful.”

The run didn’t come without its challenges. One team member, Jen Sherstone, was told she had to self-isolate just days before the event. But instead of pulling out she calculated that 99 laps of her garden equated to one mile. She ran over 2,400 laps of her garden!!

DOTtys Midnight Runners want to say a huge thank you to everyone who sponsored them. The money raised will help the Dianne Oxberry Trust raise much needed awareness of the sneaky symptoms of ovarian cancer to the most at-risk groups of women across the North West so they are diagnosed early enough to survive.